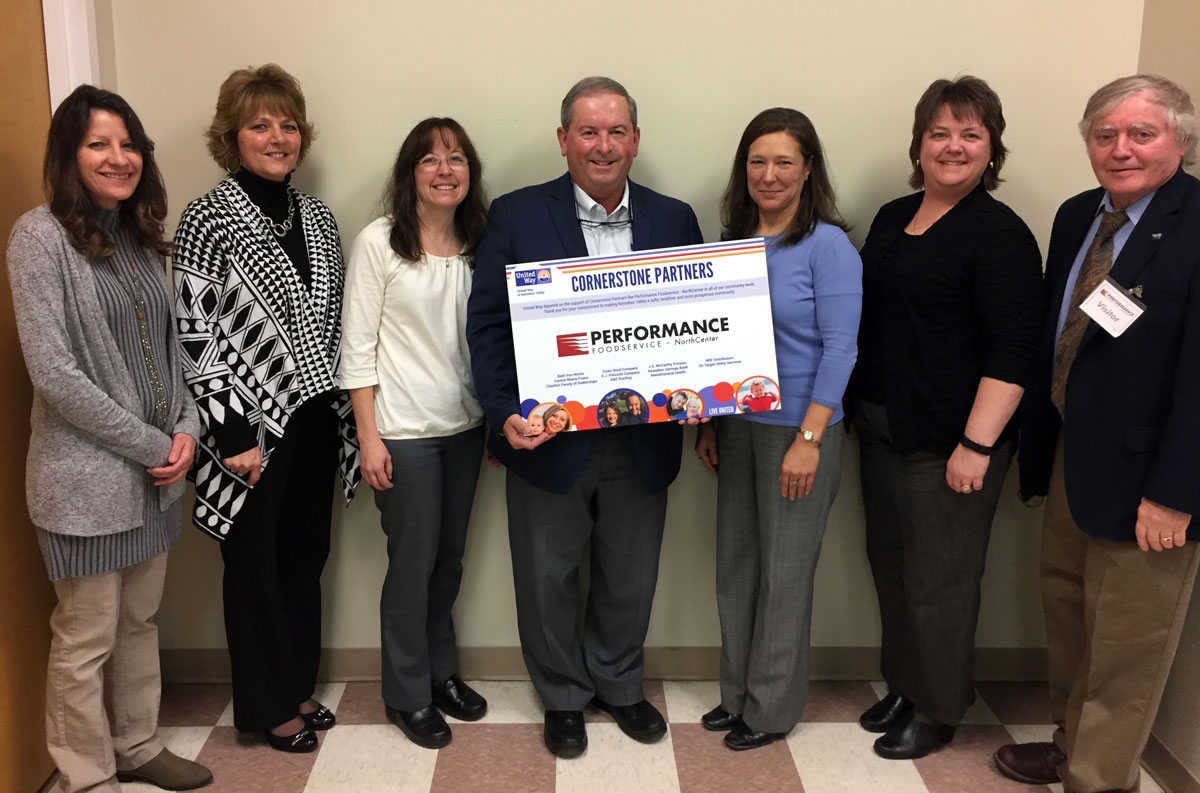 Performance Foodservice-NorthCenter, a foodservice distribution company based in Augusta, supports the community in more ways than one. In addition to supplying food to thousands of businesses and schools in Maine, New Hampshire and Boston, NorthCenter has supported United Way of Kennebec Valley (UWKV) for more than 30 years, generating hundreds of thousands of dollars.

Through a corporate gift and donations from many generous employees, NorthCenter establishes itself as one of United Way’s 12 Cornerstone Partners, which collectively make up more than 45 percent of UWKV’s annual campaign. Several NorthCenter employees have also served on United Way’s Board of Directors and various committees.

NorthCenter credits its dedicated staff for cultivating an ongoing feeling of generosity toward United Way, according to Joyce Sawtelle, NorthCenter’s vice president of Human Resources and a United Way board member.

“Our associates make this company great, and their United Way contributions are a true reflection of their community commitment,” Sawtelle said.