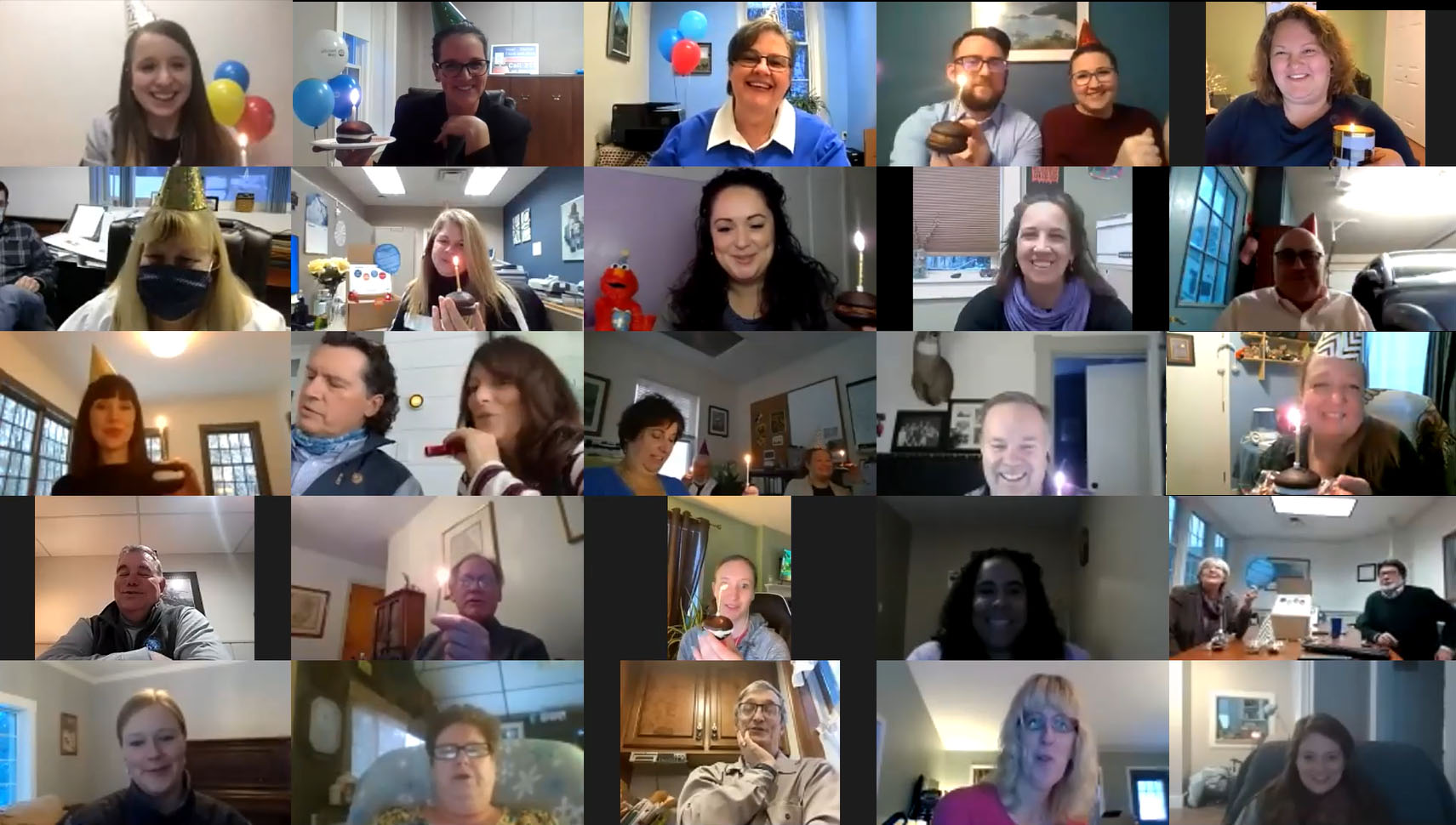 AUGUSTA - United Way of Kennebec Valley (UWKV) recently announced that it helped 57,534 people and raised $1,665,005 in the 2020 campaign. This growth represents a three percent increase in donations from 2019 and the most funds ever raised in support of UWKV's 50 partner programs. Campaign co-chairs Chris and Sarah Voynik shared this news at UWKV's Campaign Celebration, which attracted 87 people virtually on Wednesday night.

Acknowledging the fact that this has been one of the hardest years the Kennebec Valley has ever faced, Chris and Sarah asked the community in September to simply give if they had the means to do so—and announced a goal of helping 56,000 people. Together, UWKV supporters exceeded that goal through the combined efforts of the annual fundraising campaign and the organization's COVID-19 Response Fund.

When Chris announced the campaign results, he stressed that ownership of this success belongs to the entire community. "We hope you know that this success is your success," Chris said. "Together, we can change the story for not only the 33,308 who rely on United Way services for basic needs, health care, and education every day but the 24,226 people who never thought they would need these services until the pandemic hit."

During the event, the Voyniks presented several awards to outstanding businesses. A creative group of volunteers from Maine State Employee Combined Charitable Appeal were honored as Employee Campaign Managers of the Year. The Small Business Partner of the Year Award was presented to Gibson LeClair for achieving 100 percent participation and increasing its campaign by 22 percent. In addition, Augusta Fuel Company was named United Way's Large Business Partner of the Year for its multifaceted support that increased workplace giving by 12 percent and for donating time and parts to improve the Augusta Teen Center's kitchen this past spring so it could feed thousands of local teenagers during the pandemic. The Chairpersons' Recognition Award was presented to O'Connor Auto Park for broadening campaign efforts, which resulted in an 82 percent increase in workplace giving. Finally, the Voyniks presented the Public Service Partner of the Year Award to Spectrum Generations for increasing its campaign by 217 percent and ensuring that any homebound seniors in the Kennebec Valley received home-delivered meals throughout the onset of the pandemic.

The Voyniks also credited incremental successes throughout the fundraising season, including four new Tocqueville Society families, a new workplace campaign, the growing collaborations between partner programs, and the 42 businesses that increased their donations since last year. In addition, 13 businesses were acknowledged for achieving full staff participation in giving. UWKV Executive Director Courtney Yeager presented the Norm Temple Community Volunteer Award, which has been recognizing outstanding volunteerism in the Kennebec Valley area since 1994, to our "Community Heroes."

"I can tell you firsthand, our nonprofits have risen to the crisis our entire nation is enduring. Many are stretched beyond reasonable limits and continue to advance their missions despite significant challenges," Yeager said. "But no nonprofit is an island, and behind every successful organization is a host of volunteers. This year, one of the many bright lights that led us through the pandemic has been nonprofit volunteers—both old and new—who stepped up as our own Community Heroes." Board member Bruce Osborne accepted the award on behalf of the community.