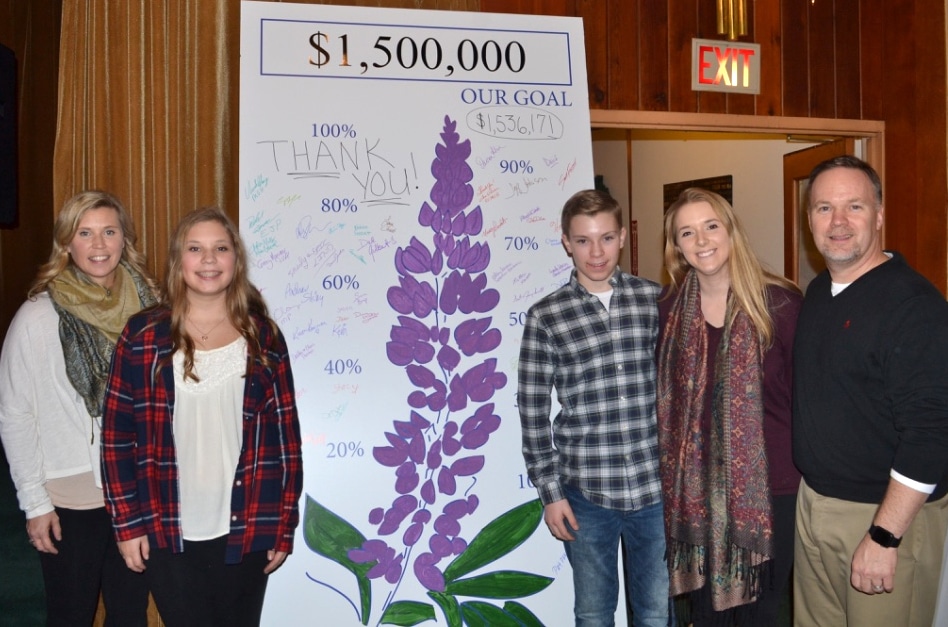 AUGUSTA - United Way of Kennebec Valley (UWKV) recently announced that the nonprofit raised $1,557,331 during its 2016 Campaign, exceeding a $1.5 million goal. Campaign Co-chairs Scott and Laura Fossett of A Partner in Technology shared this news at UWKV’s annual Campaign Wrap-Up celebration, which attracted more than 130 people to the Governor Hill Mansion in Augusta.

“It’s been an honor and a privilege to chair the United Way campaign with my family,” said Scott Fossett at the event. “We love this community and have been consistently amazed by the generosity that local businesses and individuals demonstrate toward United Way.”

The funds raised during the 2016 Campaign will directly support UWKV’s partner programs throughout the year, as determined by an allocations committee that reviews and visits organizations before allotting funds. The allocations committee is comprised of United Way Board of Directors members and local volunteers.

Representatives from Families Matter, Inc., a United Way partner program that supports adults with special needs and their families, presented a check to the United Way for the $1,909 raised in their fundraising efforts at an annual Bowl-a-Thon.

At the event’s close, Board President Michael Tardiff announced United Way’s next campaign co-chairs, MaineGeneral Health President & CEO Chuck Hays and his wife Maria, a professor at University of Maine and St. Joseph’s College. The Hays’ will be responsible for planning and coordinating a successful United Way campaign throughout 2017.