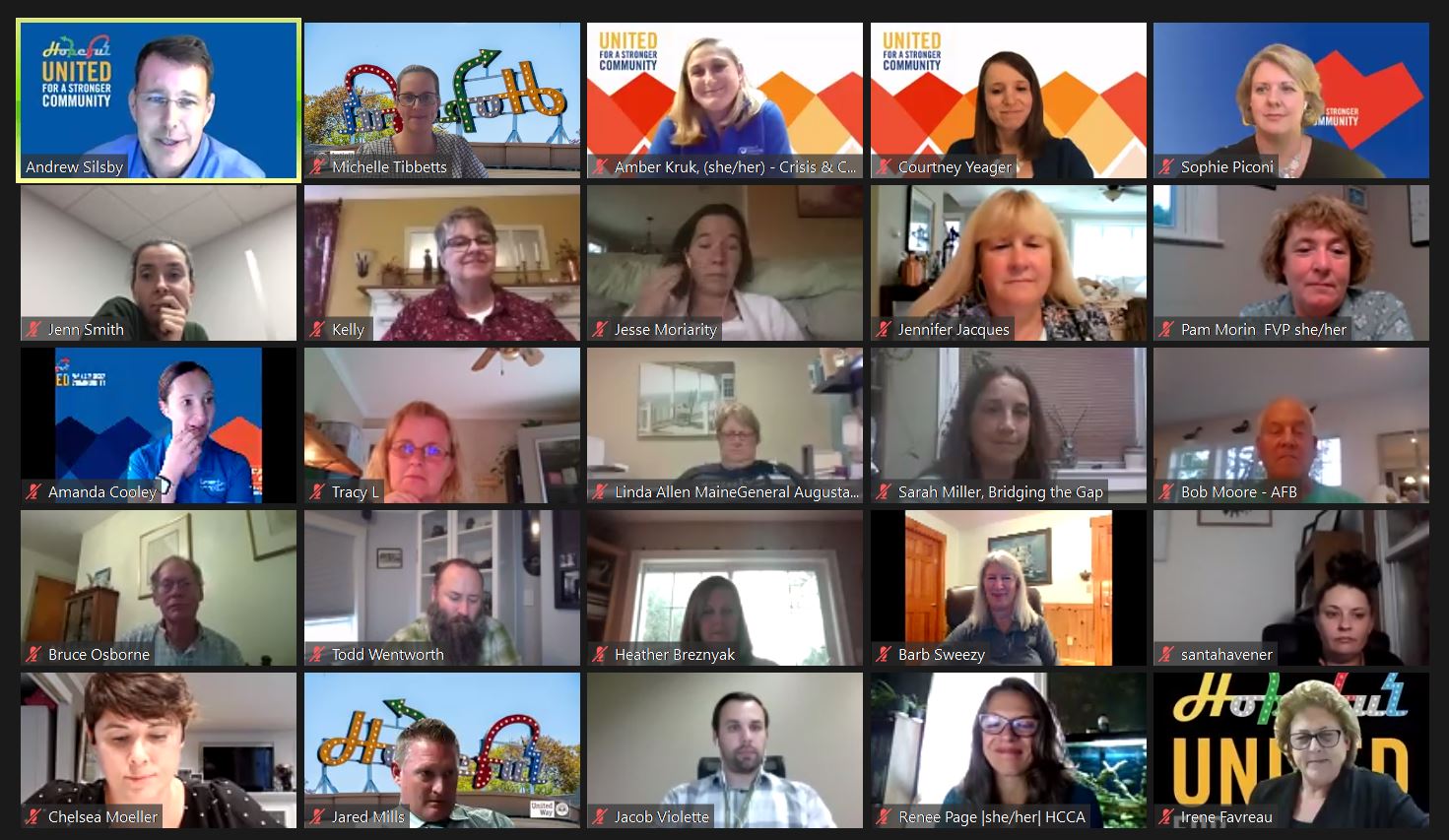 AUGUSTA - United Way of Kennebec Valley (UWKV) launched its 2021 fundraising season with $1,033,297 in committed early support at the Virtual Campaign Kickoff. Twenty-four businesses reported early campaign success to a crowd of more than 90 people through Zoom on Wednesday.

Andrew Silsby, president & CEO of Kennebec Savings Bank, is chairing United Way's annual appeal effort. According to recent data, 2 in 3 Kennebec Valley residents received direct support from a United Way-funded program. This year, United Way ambitiously increases its annual campaign goal by 5 percent in response to growing need. In order to meet this goal, Kennebec Savings Bank has presented the KSB High Five Challenge, which will match donations that have increased by 5 percent from the previous year, up to $25,000.

"We know that these past few years have been hard on everyone and due to the growing need in the Kennebec County, donations to UWKV have never been more important," Silsby said. "We are asking that everyone lean in and dig a little deeper this year to help our friends and neighbors get the support they need."

Last week, UWKV announced its expansion to serve northern Kennebec towns—unifying all of Kennebec County under one United Way for the first time.

"This decision will strengthen the collective impact in our towns, increase operational efficiencies, raise more money to help more people, and make things easier for everyone, including our business and nonprofit partners," said Courtney Yeager, executive director of UWKV. "The challenges we face in our communities have never stopped at the town lines."

During the event, Silsby presented one of the organization's 2021 campaign videos, showcasing the campaign theme, "Hopeful. United for a Stronger Community," and highlighted a client success story through one of United Way's 45 partner programs.

"When considering what community needs I wanted to focus on this year, I felt that highlighting basic needs and adult literacy were greatly important," Silsby said. "By creating two campaign videos, we were able to go into more detail with two programs that are addressing these issues in our community."

In addition to basic needs and adult literacy, Amber Kruk—communications and development director for Crisis & Counseling Centers—shared the importance of mental health services for those with substance use disorder in our community. "This year in Kennebec County we have lost 41 members of our community to overdose and despite our best efforts as a community we are on track to have another record-breaking year of loss," said Kruk. "While that is a sobering reality that we face daily as a team, there is hope on the horizon—as a state we have collectively been able to save 1,009 lives from overdose this year through harm reduction efforts."

Sophie Piconi, director of development for Big Brothers Big Sisters of Mid-Maine, also shared information on the Bigs with Badges program which will connect law enforcement officers and first responders with Kennebec Valley youth who are facing adversity. Bigs with Badges was one of two innovative programs that received funding from UWKV's Innovation Fund this year.