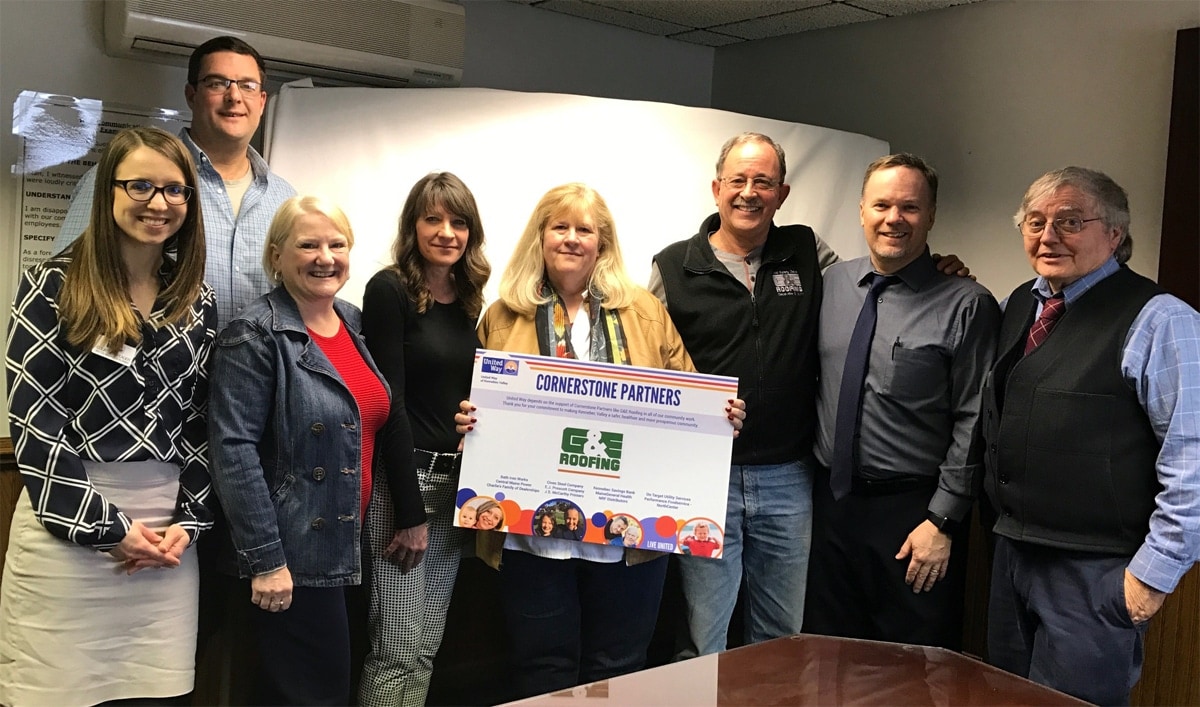 G&E Roofing, an Augusta-based professional commercial roofing contractor, has left its imprint on Kennebec Valley in more ways than one. In addition to generating more than $10 million in annual sales, owner Norman Elvin directs a substantial amount of profits to numerous charities, civic groups and nonprofits, including United Way of Kennebec Valley.

G&E has partnered with United Way for more than 30 years. Through a corporate gift and donations from all of G&E’s 65 employees, the company has pledged to contribute a total of $50,303 in 2017. This contribution establishes G&E Roofing as one of United Way’s 12 Cornerstone Partners, which collectively make up more than 45 percent of UWKV’s annual campaign.

A graduate of Cony High School, Elvin launched G&E Roofing with a partner in 1975. Elvin is the sole owner of the company, which has been selected as one of 15 companies nationwide for roofing excellence. The company has also received the Governor’s Award for Business Excellence and Chamber of Commerce Business of the Year recognition.

“United Way creates a unique opportunity for us in that our employees are allowed to participate through payroll deduction, and the distribution of these funds is directed by an allocation committee, going where it is most needed in our local communities,” said Elvin.

Elvin has also been recognized for his support of MaineGeneral Hospice through G&E Roofing's program of storing, delivering and setting up equipment, which started in 1987 after his terminally ill mother died. The Elvin family had called on Hospice for her care and was so grateful for the help they received. Norm has dedicated a storage space on site at G&E Roofing for Hospice equipment, and several G&E employees deliver and set up equipment when a call is received for help.

“We are pleased to have been able to support just about everything and every cause that we have been asked to,” Elvin said.

G&E Roofing currently manages over 50 million square feet of roof assets for many of the top institutions and businesses in Maine. Elvin’s other business ventures have included restaurants The China Din-ah and Norm’s Seafood & Chicken.

For more information about G&E Roofing, visit geroofing.com. To learn more about becoming a corporate partner with United Way, visit uwkv.org or call 207-626-3400.