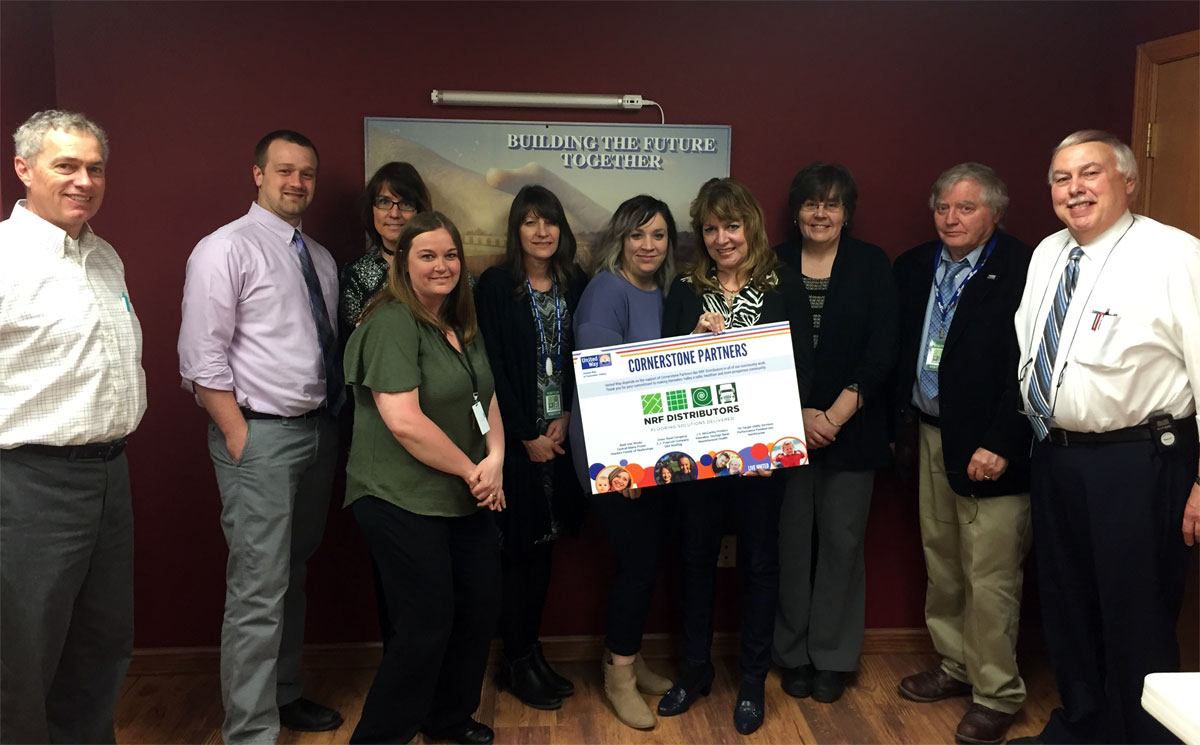 NRF Distributors, an Augusta-based flooring distribution business with more than 2,500 customers in eight states, has been supporting United Way of Kennebec Valley (UWKV) for decades.

Founded in 1973 by Norman Pomerleau, NRF stands by four core principles: a dedication to the business’ success, constant reinvestment in growth and development, giving back to the community, and hard work without neglecting family. The company, which began with six employees, one truck and a $1 million sales volume in Maine, quickly expanded to Massachusetts, New Hampshire and Vermont.

Through a corporate gift and donations from many NRF employees, the company has pledged to contribute a total of $36,477 to UWKV in 2017. This contribution establishes NRF Distributors as one of United Way’s 12 Cornerstone Partners, which collectively make up more than 45 percent of UWKV’s annual campaign.

Philanthropy is deeply embedded in the culture at NRF Distributors. “One of NRF’s core values is to give back to the community, and our dedicated employees do so in many, many ways, including the United Way,” said Pomerleau.

Over the past 44 years, NRF has made significant advances to establish itself as a leader in the flooring industry. NRF was the first flooring business to install wireless equipment in forklifts—one of many major technological advances the company would make. Throughout the 1990s, NRF ranked 12th in the “The Top 50 Distributors List” published by Flooring Magazine, with annual sales exceeding $40 million. Then, through a series of acquisitions in early 2000, NRF was able to expand its sales territory into western New York and central Pennsylvania. NRF also began operating an online ordering system in 2006 to enhance the customer’s buying experience.

Through the current involvement of Pomerleau’s children, grandchildren, and more than 300 employees, NRF strives to continue as a leader in both its business and philanthropic endeavors.

For more information about NRF Distributors, visit nrfdist.com or facebook.com/nrfdist. To learn more about becoming a corporate partner with United Way, visit uwkv.org or call 207-626-3400.