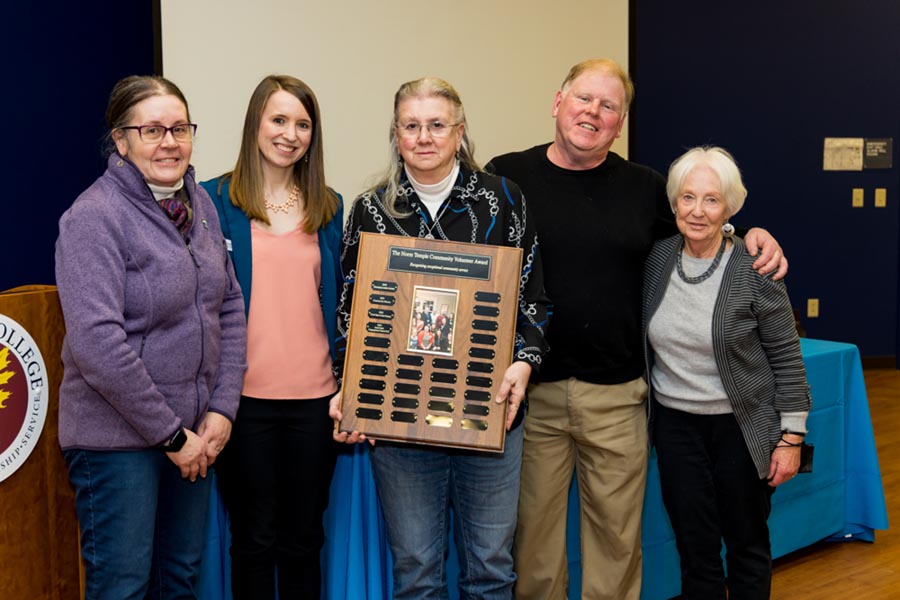 AUGUSTA — United Way of Kennebec Valley (UWKV) announced a 2022 fundraising total of $1,841,741 on Tuesday evening — a 1% increase over what was announced last year. Campaign co-chairs, Sue Grenier and Nate Curtis, shared this news at UWKV's Campaign Celebration at Thomas College, which attracted more than 120 people.

"This increase is absolutely incredible to see, especially when we take into account that our economy is being hit hard with inflation right now," said Grenier. "It just goes to show what an amazing community we live in, where even through tough times, our community continues to step up to take care of one another."

In August, Grenier and Curtis encouraged the community to round-up donations made last year to a higher level. At the event, the co-chairs announced that 51% of businesses and their employees have responded to the "Round Up Challenge" to date.

"This year we issued the Round Up Challenge to encourage people to up the ante a little bit, and they did not disappoint," said Curtis. "We're fortunate to live in an area where people care about their community — more than 3,500 people have donated to United Way, either through workplace campaigns or a direct gift, and it has a real impact on people's lives."

The funds raised during the campaign will support UWKV's partner programs across Kennebec County throughout 2023. UWKV is in the midst of its Community Investment Process, through which new partner programs may apply for funding. These programs will focus on improving access to health, education and financial stability for all people in alignment with the Impact2032 movement — a community-wide initiative focused on creating lasting change throughout the county.

During the event, Grenier and Curtis presented several awards to outstanding businesses. The Public Service Partner of the Year Award was presented to MaineGeneral Health for increasing its campaign by 15% over last year. UWKV's 365 Small Business Circle — a group of 31 small businesses across Kennebec County — was awarded the Small Business Partner of the Year for raising more than $88,000 over the past seven years. The Large Business Partner of the Year Award was presented to Hannaford Supermarkets for increasing workplace campaigns as well as local community involvement. Paul Van Savage and the support staff at Team EJP were named the Employee Campaign Manager of the Year for offering new incentives that increased participation by 118%, resulting in an overall campaign increase of 9%. Finally, Grenier and Curtis presented the Chairperson's Recognition Award to Thomas College for broadening its campaign efforts, resulting in a 156% increase in its workplace campaign.

"Homelessness, and the stigma and hardships that accompany it, are an important part of any housing discussion," said Yeager. "Before the AEOWC there was no place for people who are living outside to be overnight during cold winter months, when the elements are truly life-threatening."

Yeager also presented the Rob Gordon Community Builder Award to Andrew and Theresa Silsby, of Kennebec Savings Bank (KSB) and PALS Cat Shelter, respectively, for their ongoing commitment to the entire community for more than 30 years. Not only are the Silsbys members of the Alexis de Tocqueville Society, but Andrew consistently hosts a robust workplace giving campaign at KSB.

She added, "Having a strong and vibrant community support system helps us grow and maintain hope — keeping us in the game and reminding us that none of us are alone."