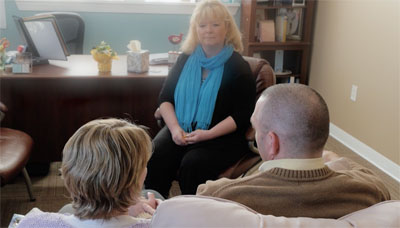 The following account was written by parents who have used the services of the Children’s Advocacy Center (CAC), a program of the Sexual Assault Crisis & Support Center. This program is a United Way partner agency, and your donation to United Way supports this effort.

Our world came crashing down one September morning when our 10-year-old daughter revealed to us that her older cousin had sexually assaulted her. We continue to be unbelievably thankful that she made the courageous decision to tell us. As you can imagine, it was a conversation that no parent wishes to ever have with his or her child. We knew immediately that we needed help and first turned to a counselor-friend who encouraged us to contact the Sexual Assault Crisis & Support Center.

Acting upon that wonderful piece of advice was the best decision that we could have made. The territory we have been forced to traverse is complicated, heart-wrenching, difficult, and often confusing. It’s hard to find the words to accurately describe how much our family has benefited from the work of the CAC. In the early days of this ordeal it was helpful to have the opportunity to talk with professionals who were able to provide us with information and resources while simultaneously displaying a true sense of compassion.

When we learned that our daughter would need to be interviewed by the Maine State Police, we were apprehensive and concerned about how such an interview would impact her healing process and worried about long-term implications. Pre-interview conversations with the amazing professionals of the CAC helped to relieve some of our worries about the process. While we hope to never have our daughter (or anyone else’s child) go through the interview process again, we want to unequivocally state that the only reason we were able to ask our daughter to share her story with law enforcement is because we felt that she was in the best possible professional hands. Every single person involved with her interview session helped to turn a difficult situation into a moment of empowerment for our daughter. We could not have asked for more. While we wish she never had to go through this experience, we continue to be thankful that she was surrounded by the most capable of professionals.

There is not a single thing that has been easy as we have marched along this emotional path. At this stage of our ordeal we are facing the possibility of our daughter having to testify in a courtroom setting. Another call to the Sexual Assault Crisis & Support Center proved to be, yet again, most helpful. Conversing with an advocate and learning about available resources has helped tremendously. The mere fact that our daughter’s initial interview experience through the CAC was as positive as possible, under the circumstances, has made the prospect of her having to share her story a much more manageable task.

Simply put, the Children’s Advocacy Center has helped our family move from being victims of sexual assault to survivors of sexual assault – a significant distinction. Our daughter became a survivor when she added her handprint to the Hands of Courage Wall and had her voice heard in a non-threatening and victim-centered environment. As we continue on our path to healing, we will forever remain indebted to the CAC.

For more information about the CAC, visit silentnomore.org or watch a video about the program.