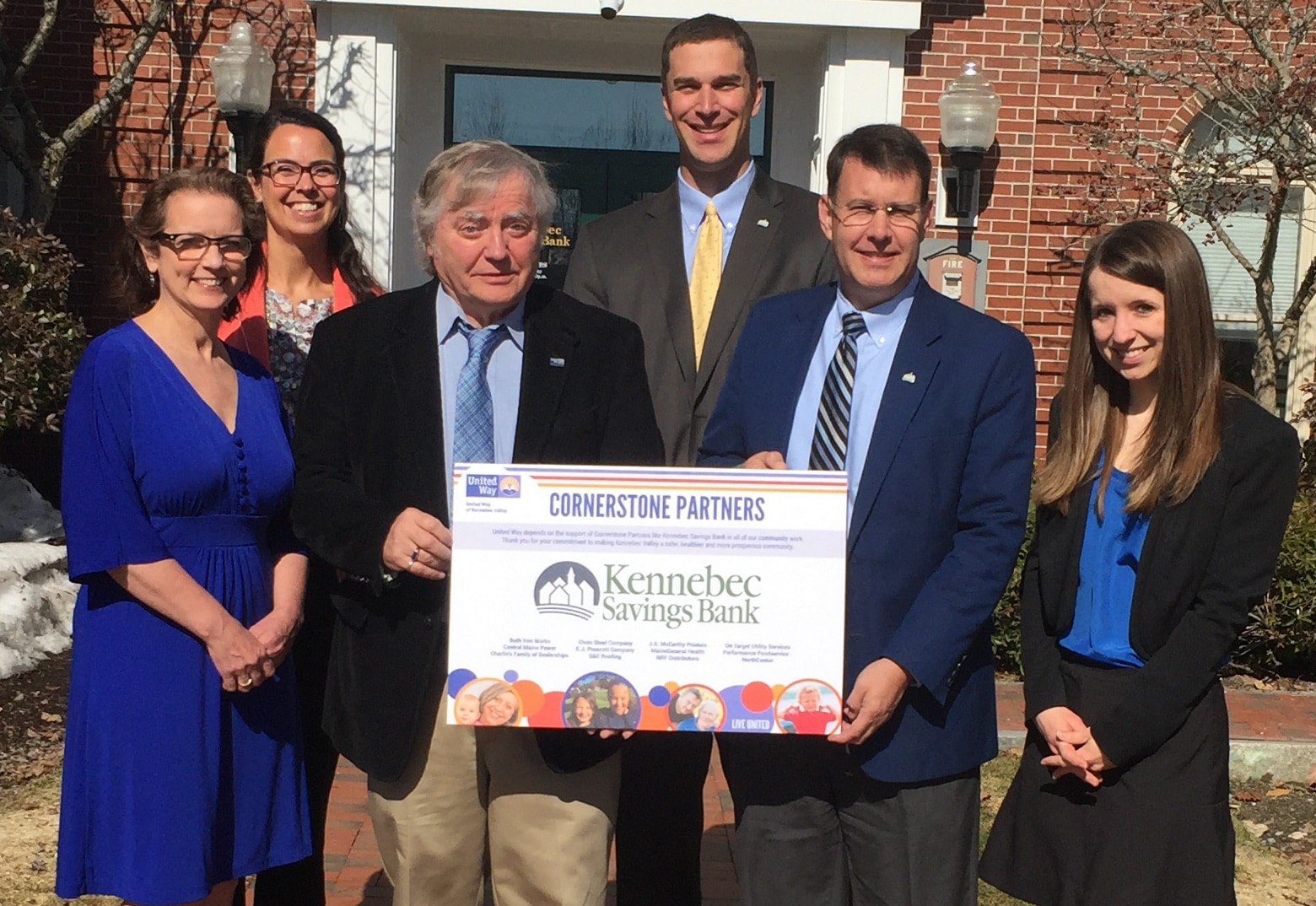 At Kennebec Savings Bank (KSB), community giving is embedded in the culture of a financial institution that has served the people of Kennebec Valley since 1870.

As a decades-long supporter of United Way of Kennebec Valley (UWKV) programs, KSB and its staff will contribute a total of $90,000 to improve the well-being of local people this year. The bank is a leading member of United Way’s 12 Cornerstone Partners, which collectively make up more than 45 percent of UWKV’s annual campaign.

“Kennebec Savings Bank has grown, and helped its customers through the years, by making thoughtful and sound decisions. When we succeed, our customers succeed,” said Andrew Silsby, President and CEO of KSB. “We apply that same philosophy to our community involvement, and over time it has shaped the bank’s culture of giving. Each gift the bank and its employees make to United Way is a seed planted toward achieving the vision of a stronger and healthier community. And a stronger, healthier community broadens that success to all.”

Kennebec Savings Bank is an $864 million state-chartered community bank, part of a mutual organization with a team of 120 employees and offices in Augusta, Waterville, Winthrop and Farmingdale, as well as "KSB Anytime" 24-hour electronic banking centers in Manchester, Augusta and Farmingdale. The bank is proud that its involvement in the community as an employer, a business and a contributor has led to many other successes besides its own.

The bank generously supports many of United Way’s initiatives, including the Augusta Community Warming Center, a program that provides a safe, warm place for people to escape from the cold in winter months. KSB also supports UWKV’s Day of Caring event, which connects student volunteers from 18 local schools with work projects throughout Kennebec Valley.

Through KSB’s Community Dividends program, each year the bank donates over $600,000 across its 30 communities, and employees contribute more than 6,000 volunteer hours. The bank supports over 300 local organizations, which focus on health care, sports and recreation, education, the arts and numerous social causes.

The majority of KSB employees contribute to United Way through simple employee payroll deduction. “I choose to donate to United Way because of the large impact they have in every corner of Kennebec Valley,” said Amy Abbott, a customer service representative who has contributed to UWKV for several years. “From aid to the elderly and homeless, to children and families, United Way's donations go to programs I support and strongly believe in, and that is something I want to be a part of.”

Zachary Nichols, KSB’s digital services manager, donates to United Way at the Leadership level. “I give to the United Way because I believe in the work of the organizations they support and trust their staff and volunteers to know the needs of our community better than I ever could on my own,” said Nichols.