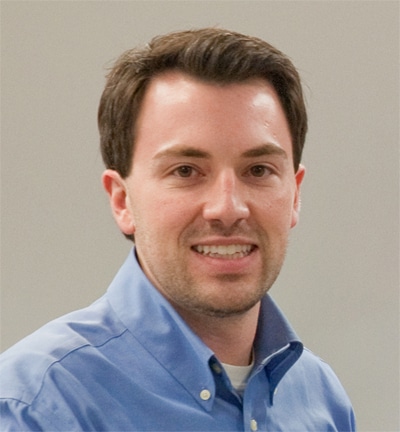 Michael Tardiff, director of communications at J.S. McCarthy Printers and United Way of Kennebec Valley's (UWKV's) board president through the end of January, has volunteered with UWKV for more than a decade. Michael was introduced to United Way at a young age when his parents started a workplace campaign at Letter Systems (now part of the J.S. McCarthy family) about 25 years ago. As a teenager, Michael was part of UWKV's first Day of Caring at Cony High School and served as a student member of the allocations committee.

Michael is a self-described “true Maine-ah”—he grew up in Augusta on the same street on which he now resides. After attending St. Mary’s School, he graduated from Cony High School in 2005. Michael obtained a Bachelor’s in Business Administration from Loyola University of Chicago before returning to Maine to work alongside his parents and siblings at their family business, J.S. McCarthy Printers.

Since his return to Kennebec Valley, Michael has worn several hats at his family’s company and in the community. Michael is involved in several United Way committees as a board member and served as the campaign co-chair with his twin brother, Matthew, in 2014. He completed the Kennebec Leadership Institute in 2010 and remains involved with community service, devoting efforts to many local organizations. When he is not working with his family or in the community, Michael enjoys spending time on Cobbossee Lake with his family and rescue dog, Roofus-Brady, and skiing at Sugarloaf Mountain.