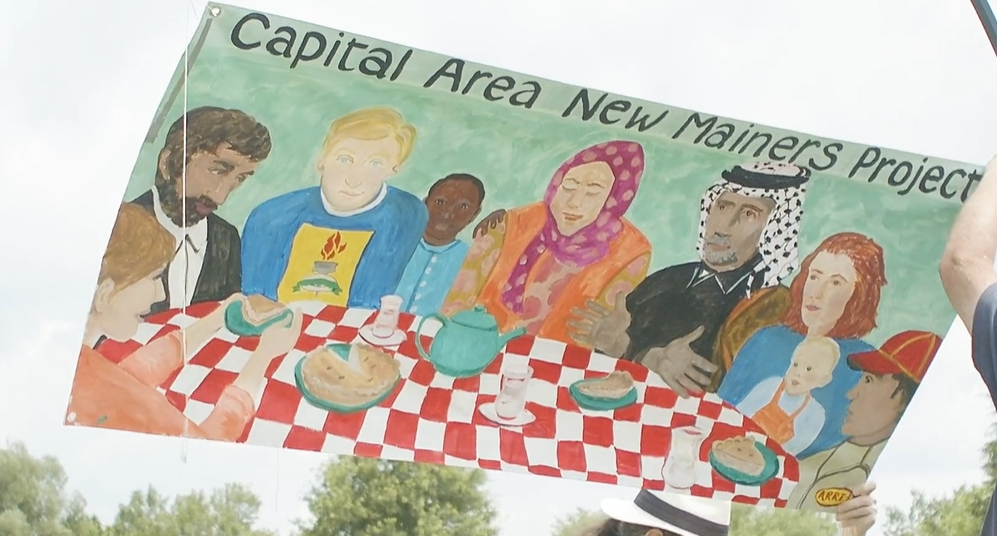 The following account is from Capital Area New Mainers Project, a United Way partner. Your contributions to United Way of Kennebec Valley made this story possible.

The H. family arrived in Augusta in summer 2017. Originally from Syria, the family comprised twelve members from three generations – two grandparents, two parents, and eight children ranging in age from four to twenty. Unable to find or afford appropriate housing, they squeezed into a two-bedroom apartment on Sand Hill. Working with local public officials and non-profit organizations (including the United Way and Fresh Starts), CANMP identified a local landlord who was willing to rent a large home at below-market rates, helped renovate the home, and co-signed the lease that allowed the H. family moved into their new home in September 2017.

Since then, the family has flourished. The youngest children have thrived at Farrington Elementary. One of the teenage daughters, Fatimah, earned one of ten spots in the RefAmerica Leadership Development Program (the only student from Maine to be selected) and spent a month in Washington, D.C., last summer. The children participate in various extra-curricular activities, from the Cony wrestling team to YMCA swimming lessons, and have become contributing members of the community.

Their success inspired CANMP to launch our Better Housing Program. CANMP now has six families (48 people) who live in homes for which CANMP has co-signed the lease, collects the rent, and serves as property liaison.