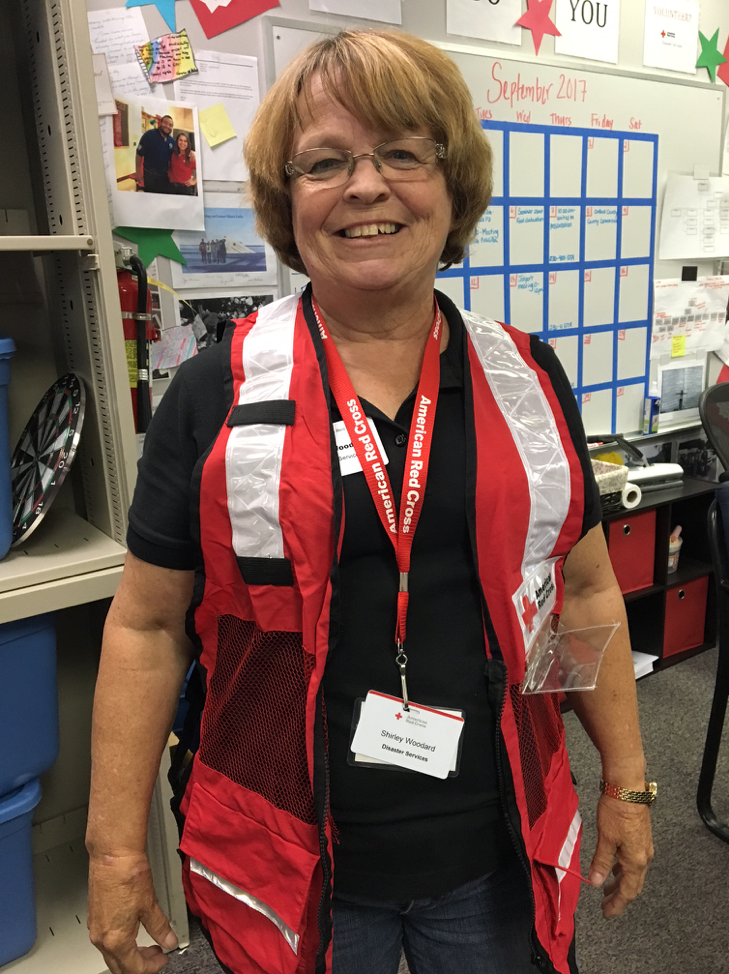 The following account was provided by American Red Cross in Central and Mid-Coast Maine, a United Way partner program.

Barbara was at her daughter’s soccer game when she got the call. She started screaming. On the other end of the line, a police officer said that there had been a fire in her home and that her son was in an ambulance on his way to the hospital.

Much of what happened afterwards remains a blur. Barbara recalls her sense of disbelief as she talked to the insurance company. She did not want to upset her daughter in the middle of her game. The drive back home remains hazy in her memory.

Barbara does remember Shirley, an American Red Cross disaster mental health worker and caseworker. Shirley had been in the emergency room with Barbara’s son, who was burned while trying to put out the fire and save the family dog. She was with the family as they returned to their ruined home to meet the fire inspector.

“She was just there to do whatever she could to get us through that time,” Barbara said. “She really made us feel like things were maybe going to end up being OK.”

The Red Cross provided financial assistance that the family used for a hotel stay, meals and clothes so they would have less to worry about during a stressful time. Shirley provided emotional support, a sympathetic ear and a shoulder to lean on.

When Barbara tried to salvage some sentimental items—a pillow from her mother and her son’s Eagle Scout shirt—Shirley was with her and gave her a special detergent to help remove the smoke smell.

More than a year later, Barbara sits in the family’s new home on the site of their old house, talking about Shirley. “She’s in my thoughts,” she said. “I’ve never called her since, but I feel I could if I needed to.”

When you donate to United Way, this is a program that you are supporting.