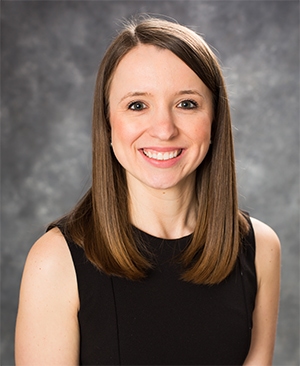 AUGUSTA – The United Way of Kennebec Valley (UWKV) Board of Directors has named Courtney Yeager as the organization’s executive director. Yeager took the helm on August 10 following the retirement of longtime executive director Rob Gordon.

Yeager has served as UWKV’s director of resource development and marketing since 2016. In that role, she became responsible for the annual fundraising campaign, increasing the campaign by 19 percent in three years. As a result, UWKV has had the capacity to partner with six additional nonprofit agencies, bringing the total number of funded programs to 51. More than 30 percent of the population is now directly impacted by a UWKV-funded program.

“The Board of Directors and I are very pleased to have selected Courtney Yeager as United Way of Kennebec Valley’s executive director,” said Maria Hays, UWKV board chair. “Through her existing experience with the United Way, her time working with Rob Gordon, and her strong commitment to the community, she has already helped so many throughout our region. As executive director, Courtney can continue the work she is so passionate about. We feel the future of the United Way will continue to shine in her hands.”

With the support of the board and volunteers, Yeager implemented several initiatives that have attracted new donors, including the Emerging Leaders Society for young professionals, a giving program for small businesses, and a planned giving society. In 2019, Yeager was invited to share the recent growth strategies of United Way of Kennebec Valley with colleagues across the United Way Worldwide network at a conference that highlighted best practices.

“I feel fortunate that my passion, purpose and profession have come together in this way,” Yeager said of her new position. “The Kennebec Valley is a tight-knit, generous community, and our region thrives when people band together to help one another. I see United Way as an essential community organizer, responsible for mobilizing local folks so they can make change happen. I look forward to building upon the strong foundation that United Way already has, thanks to the tireless support of our donors, volunteers, and staff.”

Yeager is the first female to hold this position at UWKV and brings an extensive background in communications, fundraising, marketing and community involvement to her role. Prior to her career at United Way, Yeager was the public relations and fundraising manager at Crisis & Counseling Centers, a UWKV-funded partner program that treats mental health and substance use disorders. She also worked in communications at the Maine Department of Education, regularly meeting with educators and students statewide to report on cradle-to-career education strategies.

Beyond her work life, Yeager serves on the Board of Directors at Healthy Communities of the Capital Area, teaches literacy to correctional inmates through the College Guild volunteer program, and spent nearly a decade as a youth mentor.

Yeager graduated from Colby College with a bachelor’s degree in English and is completing a Master’s degree in Policy, Planning and Management at the University of Southern Maine. In 2019, Yeager was nominated for the Kennebec Valley Chamber Young Professional Award.